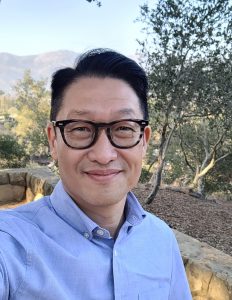 Samuel Yun, also known as P. Sam, currently the planting pastor for EMBRACECHURCH, a new faith community in Northern California that is reaching mostly unchurched and dis-churched individuals with “the hunch that life with God is better than life without God”. His duties include preaching, vision casting, raising up leaders, counseling and setting the primary spiritual heartbeat of the community. He is a graduate of Wesley Theological Seminary (M. Div. 1995) and has been in the ordained ministry for 27 years. P. Sam is father of two, lover of all sports with a net, follower of Jesus, and immensely broken but constantly healed and strengthened by the love and grace of God. When not engaged in his all-time favorite activity (preaching!), he loves to spend extended times with his two amazing sons, Philip and Evan, watching marathon episodes of The Office, engaging in a little Yun family jam session or pretending to be a baller in the gym. 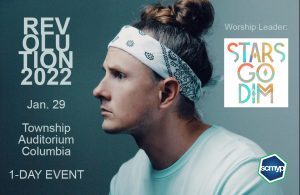 Formed in 2007 as a mainstream pop band, today Stars Go Dim is the moniker for Christian pop artist and songwriter Chris Cleveland. After years at the helm of an acclaimed independent secular band and more than a decade leading worship at Tulsa’s Asbury United Methodist Church—one of America’s largest congregations—Cleveland found success in the Christian format with his self-titled debut album. The singer has garnered three Top 5 hits and a massive No. 1 radio smash with “You Are Loved.” In addition, Stars Go Dim has toured with for KING & COUNTRY, Lauren Daigle and Phil Wickham, among others, and has been featured on the Winter Jam Tour Spectacular. Poised to release new music throughout 2018, Stars Go Dim’s latest single, “Heaven On Earth,” is available now at all digital service providers.REV